An Interview with Paul Jones of The Manfreds 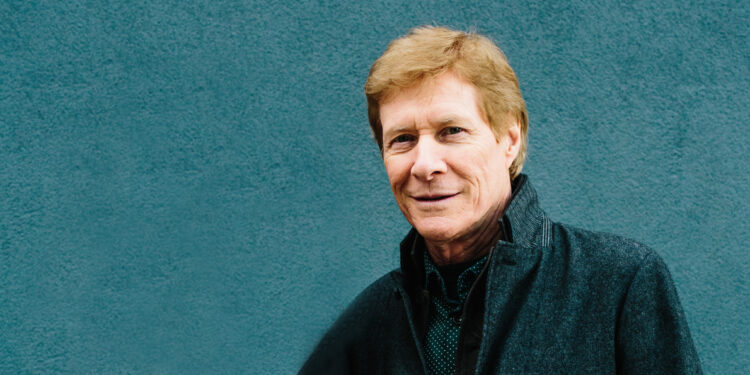 Singer, actor and broadcaster Paul Jones talks to @Roger Crow about his pending tour with The Manfreds, and an extraordinary life in showbusiness…

Hi Paul. I’m really looking forward to your upcoming tour with The Manfreds and Georgie Fame.
Thank you. I know a really fascinating statistic about Georgie’s hits: only three of them got into the Top 10. And all three of those got all the way to number one!

The man is a legend, and The Manfreds obviously had a wealth of hits. What was the most memorable?
I suppose the one that has a lot of meaning for me is ‘5,4,3,2,1’, because it was the first. It launched us, and if there hadn’t been that there might not have been any other hits. Once you start having hits people want you to do their songs. Also The Manfreds, Mike Hugg and I, wrote it. And it was an extraordinary time when Ready, Steady, Go was on. It only ran for something like three years, so it was very short, but an immensely unforgettable time when youth culture sort of gatecrashed the party.

Was there a track that didn’t do so well but means as much as the smashes?
There’s one which didn’t even make the Top 10 called ‘Oh No, Not My Baby’. Years after I left The Manfreds, I was quite good friends with Tom Robinson; I played harmonica on a few tracks for him. They were having a remake of Sunday Night at the London Palladium. This was sort of after the glory days of that show. They said: “We want you to do one song,” and I couldn’t think what to do. As it was just one song I didn’t just want to do ‘Do Wah Diddy’. I really wanted to do ‘I’ve Been a Bad, Bad Boy’, or ‘High Time’; one of my hits. I rang Tom and he said: “If you’re doing one from the Manfreds’ repertoire, there’s only one that you ought to do… ‘Oh No, Not My Baby’”. That is absolutely my favourite of the hits. 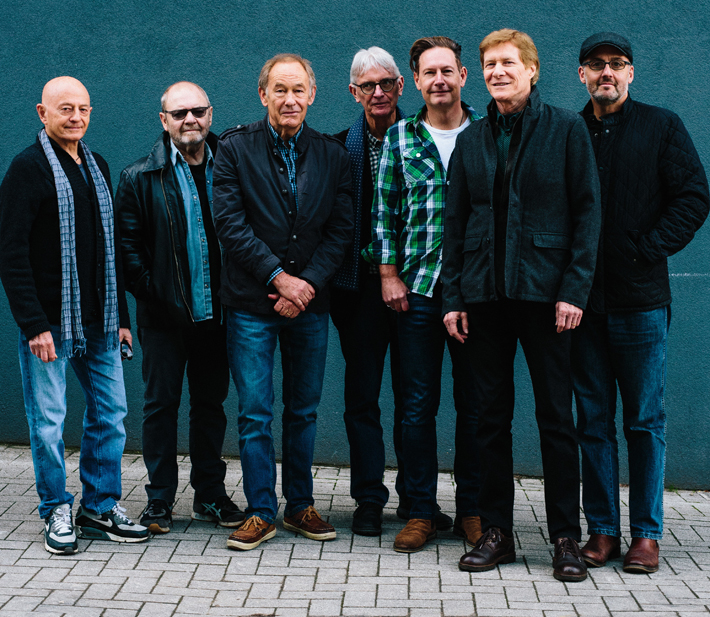 It’s incredible that ‘Do Wah Diddy Diddy’, ‘Pretty Flamingo’, ‘Mighty Quinn’ and all those hits seem as fresh now as they did decades ago.
Yes. We do sort of ring some changes from time to time on some of the hits. But if we play the track as it is, all two minutes 40 seconds, it’s wildly still alive; still alive and kicking.

Let’s talk about your acting career. What are your memories of making the cult film Privilege?
To be honest I’m not really impressed with my work on it (laughs). I really hadn’t a clue what acting was when I did that movie. To be equally honest, I think it shows. My theatre work was probably much better because you spend a lot longer rehearsing, and the reason is because you’re going to do the whole thing all at once from beginning to end. On filming you don’t do any such thing. You don’t even do it in the right order (laughs). You need to be particularly practiced, and I hadn’t had much practice when I made Privilege. The stuff I did in the theatre like Conduct Unbecoming, moving on to the National Theatre, The Beggar’s Opera, Guys and Dolls… I had more idea of what I should be doing.

When you worked on the concept album of Evita, did you have any idea how big that would be?
No. I suppose anyone should have, because they’d already had Jesus Christ Superstar, and there was never a time when there wasn’t a production of Joseph and his Technicolor Dreamcoat touring the country, as well as all the ones that were in repertory theatres and so on. So I’d think anything by Andrew Lloyd Webber and Tim Rice would be reasonably successful. I enjoyed working on that. I think at that point I had already done one tour of Joseph, and I was about to do another in a theatre in London. I also got some more work out of them because I played harmonica on ‘Tell Me on a Sunday’, and I also played on the title track of Starlight Express. So really Andrew Lloyd Webber, with or without Tim Rice, paid my mortgage for a long time. 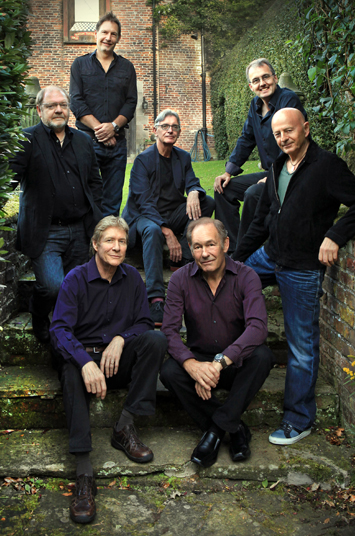 And I guess the royalties from a 5,4,3,2,1 advert helped?
(Laughs). Oh yes. It’s been used on adverts several times. One of the car manufacturers used it, and certainly a chocolate biscuit with crispy bits inside… certainly that used it. The biscuit was even called 5,4,3,2,1. I’ve got a feeling that Tesco used it. So it’s been very good to us. Actually we got very excited when the Spice Girls did it. It was the launch of Channel 5 and they recorded a song called 1,2,3,4,5. And they obviously changed all the words. And we thought: “Oh great, we’re gonna make a load of money for this”. But nothing happened. Well it was used on the launch and then never again.

Was it great working on Radio 2 for so many years?
Yes, it was, and for me it was a return to where I started. The Manfreds, when it first started, was a rhythm and blues band. That represented a compromise for some of the members. The two founding fathers, Mike Hugg and Manfred Mann, were both jazz musicians. In fact I don’t think the group would have happened had it not been for a spectacularly unsuccessful booking at a holiday park or centre. They said: “This is ridiculous. We just can’t make a living out of playing jazz. Let’s form a blues band.” I had a phone call one day from a chap who said: “Do you know who Manfred Mann is?” And I said “Do you mean the guy who writes a column on music theory in Jazz News?” He said: “Yeah, that’s him. He’s forming a rhythm and blues band with his colleague Mike Hugg, and they need a ‘shouter’.” So this guy said: “Would you audition?” I’d heard of myself more than I’d heard of them, but I didn’t mind auditioning (laughs). So I went along and there was no one else at the audition. So I got the job. And it lasted a long time as well. Well, three-and-a-half years was a long time in my book. For me to go back onto Radio 2 and play blues music, other peoples’ usually, it was like a homecoming.

Where and when were you happiest in your career?
Now. There’s so much coming up. I’ve got an album in the process of coming together, which is a retrospective. It’s a collection of some of the blues that I’ve done in my life with The Manfreds; The Blues Band; as a solo artist and so on. And I’ve got this tour with The Manfreds coming up. Another album coming with The Blues Band, and I’ve just moved house… the house I’m probably going to spend the rest of my days in; absolutely lovely house. So it’s all very, very exciting.