An Interview with Freddie Davies Freddie Davies has spent decades in showbusiness. The Yorkshire-based writer, actor and ‘Parrotface’ funnyman talks about a life on stage; talent shows, and working on the films Funny Bones, and Harry Potter and The Prisoner of Azkaban…

Hi Freddie. How are you coping with “the new normal”?
I’m coping very well actually. I work from home anyway. I’ve noticed how different the outside world is. It’s a bit like a pantomime really; Sleeping Beauty. Everyone’s gone to sleep for 100 years. They’re going to wake up, all the jobs are going to be ‘open’ again, and it’s all going to be wonderful. I think of all the professions, theatre is the one that’s going to suffer the most. This is the place where we need public gatherings. 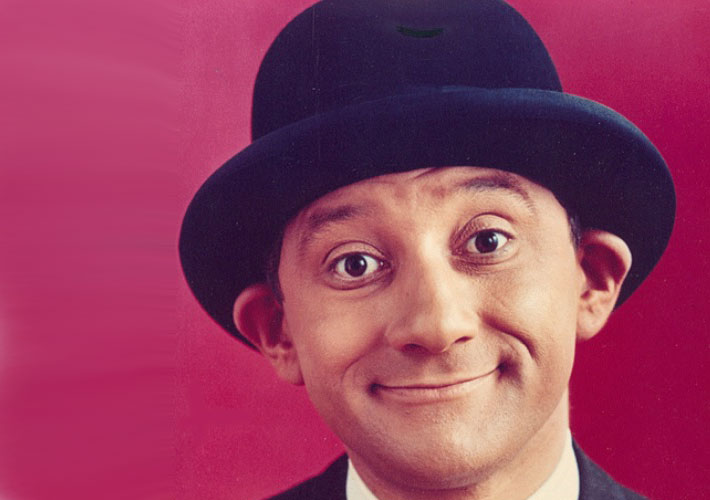 You’re an octogenarian, but you sound like a man half your age. What’s the secret?
I’m going on 83 this year. I can’t believe it myself. I don’t know what 83 feels like anyway. With respect, a lot of old people when they get to an age, they think that things are dropping off and it’s difficult to walk; I think they act old as well. But I still work; I still do stand up. I do after dinner speaking; I write a lot.  I’ve started to do lectures for theatre societies; magicians’ clubs and stuff. I do these lectures about stagecraft and they seem to go down very well.

How has showbusiness changed over the years?
I first came into the business at the end of variety; the early 60s, and variety theatres had all gone anyway.   The differences in those days, artists and acts worked together. You’d get seven or eight acts on the bill and they would literally learn from one another, by standing in the wings and watching them or whatever. People don’t work together anymore. It’s either a one-night stand and a solo thing or a cabaret somewhere, where acts just work on their own. Younger acts don’t really have anywhere to learn.  I think all that has come back with Britain’s Got Talent.

What’s your view of BGT?
It’s appalling. It’s got nothing to do with talent whatsoever. It’s to do with the four judges putting on the most expensive clothes they can, and the acts don’t play to the audience. They play to the four of them. Starring alongside Lee Evans and George Carl in Funny Bones

“Listening to the old pros”

I loved Opportunity Knocks and New Faces personally.
With Opportunity Knocks, at least you saw the talent. Good, bad or indifferent, you actually saw the act. Hughie Green kept to one side. There was no ‘talk to the act’. No coming out of their ‘performance mode’. It’s very hard to stand on any stage and not perform. And to do an audition in front of two-and-a-half thousand people is ridiculous anyway.

The film Funny Bones is a hidden gem. How did you get involved?
It was written by Peter Chelsom in 1986, and I actually put all the ideas in his head, because I gave Peter his first job. His mother and father had a little business in Blackpool; it was attached to the Metropole Hotel, which used to be a Butlins hotel. They had a little shop called The Golden Age. Very nice, classy pseudo antiques and stuff. They used to come in for a drink when I was a (Butlins) red coat. His mother collared me at some function or other and said: “My son wants to get into showbusiness. Is there anything you can do for him?” I put him into a pantomime in Ipswich. So he was 17 or 18. Peter went to drama school after that and became a very good actor, and then decided to become a film director. He did three films about Blackpool: a thing called Treacle, which is on YouTube and worth seeing. It’s an 11-minute thing; black and white, a bit arty. And he did Hear My Song, and then Funny Bones. And they were all as a result of doing this panto, listening to the old pros backstage talking. “No expense was spared”

Why do you think Funny Bones vanished?
I think what happened is it didn’t have any film stars in it really. Yes, Oliver Reed, but by then he’d ‘gone’. Oliver Platt was in it and they resurrected Jerry Lewis, but they hated Jerry Lewis in America. At the Press call in London, all the Press guys wanted to talk to me, because it gave them an angle. “Old comic resurrection, new film,” and all that bit. “New start and everything”. Because there weren’t any other stories you see. There’s a lot more in it when you see it a second time.  I think it’s still got some value.

I first remember seeing you as a kid on TV show The Small World of Samuel Tweet.
(Laughs) Yeah, it’s a great nostalgia thing. In this lockdown, I’ve been clearing out some filing cabinets, and it’s all in there, the old write-ups (of Samuel Tweet).

How was it working on Harry Potter?
Well I was on the third one, and it was marvellous. Talk about the money being spent! Thousands of people on it. It was like a factory. I mean I was only on it for two days, doing the portrait thing. Her (JK Rowling’s) remit was only English or British actors could be used. There were no American actors. They had American directors, which is a different ballgame, but only British actors could be in it. I met her (JK) at the premiere. At the time I was living in Scotland and she actually lived along the road from me, because her husband said to me: “I thought I’d seen you in the Co-op.” But she kept a hold of it, which is probably why they were so beautifully made. But no expense was spared. The money was on the screen.

‘Funnybones: My Life in Comedy’ by Freddie Davies is available from stageoneproductions.co.uk
Top image: David Charles

Did You Know People in UK Pick ...